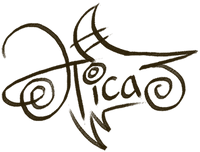 To make up for her missing credits, Tica was sent on a mission to Atlas. During the night, Tica decided to follow a mysterious singing voice that appeared out of nowhere. While she was wandering around tracking down the song, the previously quiet and desolated streets suddenly sprung back into life. In an instant, the place did a complete 180 and regained its former glory as a prosperous trade center. A massive carnival parade was being held!

All sorts of marionettes were dancing and singing on the streets, celebrating the occasion. Tica was also dragged into the center of the parade and took part in the party. Slowly but surely, she was transformed into a marionette and began using all sorts of mysterious powers...

When the streets returned to its silent state, Tica snapped out of her drowse as well. At first, she thought that it was all a dream. Yet when she looked down, she discovered an old doll lying next to her foot; a doll that closely resembles her... 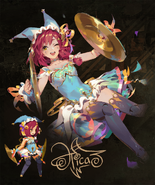