Legend has it that the world was once pitch black, only the giant dragon "Sdorica" existed and its puppet, "Mankind." Human were granted eternal life, yet stripped of their freedom, living humbly under absolute authority. A courageous warrior, Vendacti, voiced the desire to be set free in return receiving the dragon's cruel punishment. The displeased appointed Vendacti as their king, all daring to rise and defy destiny, which instigated hostility from the contented. Facing fury from the dragon and fellow man, not once did Vendacti show intention of backing down, vowing never to succumb until fate was twisted. His trusty spear in hand pierced true into the dragon heart, burst of flame escaped from the dragon's body. And thus the Sun was born, darkness made way for the light, the dragon becoming the ground underneath. Humans gained liberty, yet lost their immortality. After thousands of years, the Sun brought new life to this world, flourishing, prosperous. Yet deep in the shadows, there are still few who wish to revive Sdorica and once again live forever.[1] 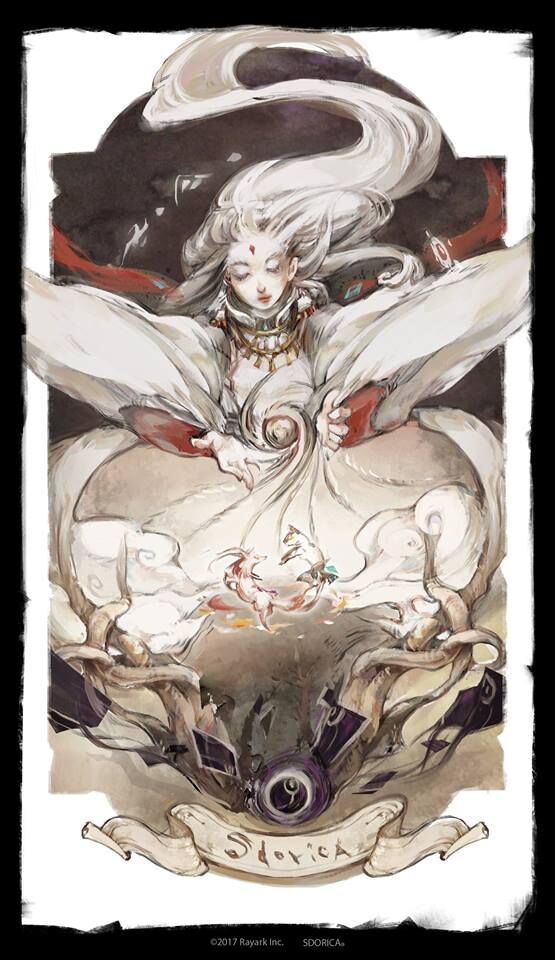 「A Prosperous World Blessed With Vitality」

After the dragon's dramatic death, escaping into the world from Sdorica's firm grasp was a majestic release of flowing Soul Energy. Rudimentary to the creation of life, once in motion new plant species blossomed, followed by emerging civilizations spreading far and wide, forging a world blooming with nature and culture.

Although the world seemed to flourish at its finest, lurking deep in the shadows were outlandish monsters of the unknown, hunting down creatures and capturing soul energy before returning to the blackness.....This brand new world, is just waiting for trouble to make itself known again.[2]