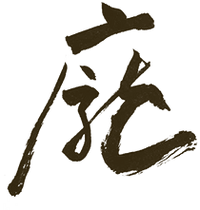 Ever since he was expelled from home, Pang's heart never had a moment of peace.

The responsibility of causing his tribe's decline, the regret of letting his best friend die, all those emotions tormented Pang. At first, the suffering only occurred late at night. However, slowly but surely, this torment took shape as a dark phantom and began corrupting Pang's mind.

Moreover, this phantom gradually evolved into whispers in his ear and became a physical, imposing figure. It was as if it developed a will and thoughts of its own. When Pang was feeling empty and lonely, this phantom would constantly scold him for his mistakes and preach to him the greatness of power. The phantom was slowly devouring Pang's mind, putting him in a state of unimaginable confusion and struggle.

In the middle of the night, a shadow that looks identical to Pang is standing in front of him. Pang has no idea whether it's the embodiment of the insanity in his heart or his actual real self.

The shadow looks at the puzzled Pang and makes a smile, a twisted, savage, power-hungry smile...

Sdorica - "Those who stand in my way shall die."

One of the loading screens on April Fool's Day 2020