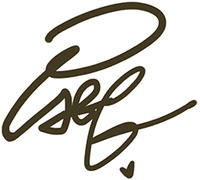 A mysterious girl who appeared on the Atlas border, claiming to be from a different world.

With wonderful singing talents and good looks, she was signed by a brokerage company and became a well-known super idol, but lost her past memories due to a serious car accident before her debut. After that, she became quite scared, opinionless, and heavily dependent on her elder sister as a broker.

Was told that the name "Aroma White" had no real sense and felt empty about everything, and PAFF could only feel extremely happy when singing.