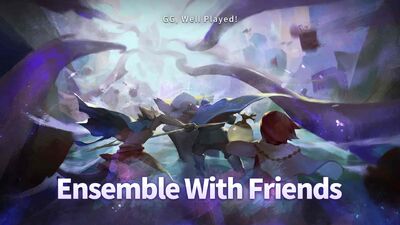 Friends Ensemble is a matchmaking system that requires three players to work together.

Players can create their own team and collaborate with other players in the room to clear the quest together.

After all the players have reached the results screen, you can then collect Ensemble Emblems in the history tab.

Retrieved from "https://sdorica.fandom.com/wiki/Friends_Ensemble?oldid=9737"
Community content is available under CC-BY-SA unless otherwise noted.