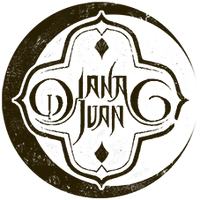 A slight change in the past can determine an entirely different future......

Back during the battle for the throne that happened in the Desert Kingdom, the real Diana was saved by Devious from a secret assassination. However, the assassin's poison knife left a noticeable scar on Diana's body. The condition of her injury aggravated, she had to seek the Holy Maiden Misa for therapy. While Diana was suffering from severe pain, Devious swooped in and poisoned her mind, gradually bringing out her cruel side.

When Clover finally ascended the throne, disguised as Diana under Lazer's assistance, the real Diana, who was recuperating from her injury, wasn't pleased by the outcome. Instead, she believed in Devious' words and presumed that Clover would replace her once and for all. After Diana was fully healed, she led her army and barged into the palace, determined to liquidate Clover and Lazer in the name of the Queen to take back her throne.

After ascending the throne, Diana turned the Desert Kingdom into a bloodthirsty nation. She often sits on the throne of the coliseum and watches the warriors fighting against mutated monsters with total, casual indifference...