Sdorica's combat system is puzzle-based, with a variety of attacks, status effects and character combinations. 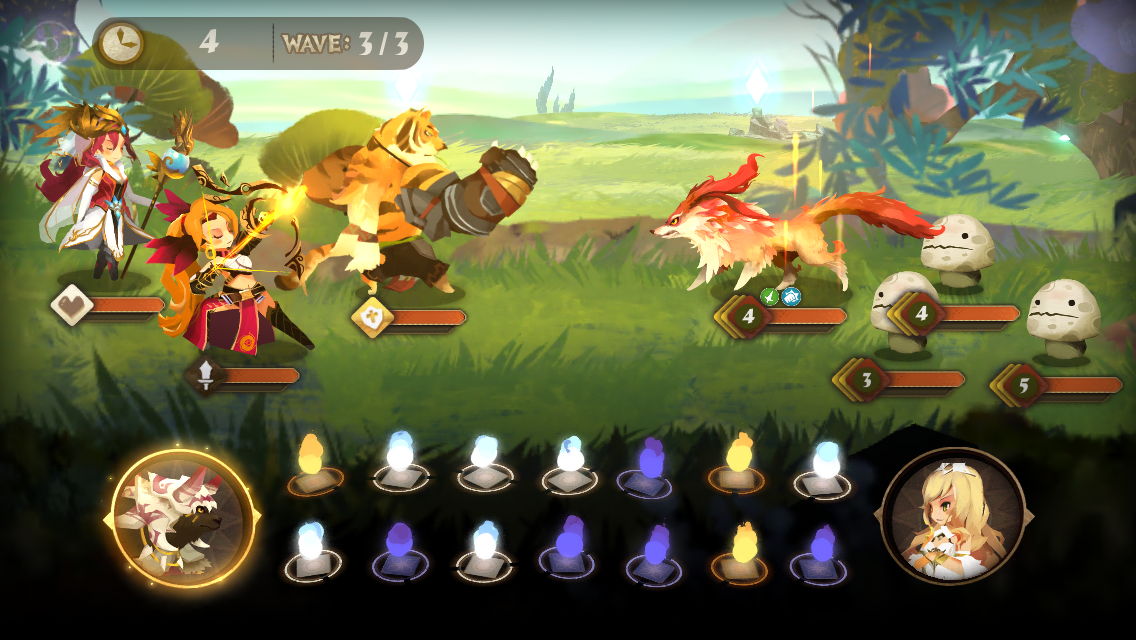 During combat, all characters stand in a group formation as seen above.
Groups are divided into 3 rows: Front, Middle and Back. Only Front and Back Rows are distinguished in skill descriptions.
A group of enemies can have at most 5 enemies, with the first enemy as the front row and the last enemy as the back row.


Player characters are organized into a group of three, consisting of one White, Black and Gold orb character.

The counter in the top-left corner indicates how many actions the player has made throughout the fight and the number of waves in the fight. Tapping on the counter will show a detailed record of the battle like total damage dealt, number of skill cast of each type, etc.

In Exploration Mode, the counter instead indicates the number of days the player has survived, as well as two icons showing the player's current Stamina and Vitality level.

Sdorica's combat panel (referred to in-game as command zone) consists of a 7 x 2 board with colored orbs, which players can interact with to form different orb combos and cast skills, and two slots for advisor skills.

On top of skills, players are given access to two advisors in most battles. One advisor comes from the player's roster and the other from their guild. Characters are selected from within the roster as advisors to assist in combat through various means. There are two types of advisors: active and passive.

In certain stages in the game, there are encounter events (commonly taking the form a chest or a pedestal) that can grant the player additional Advisor effects, which can be either beneficial and harmful.

Players can have up to 3 extra effects, which are located to the right of the command zone. If the player already has 3 of them, encountering another one will give the player the option to replace one of the existing effects with the newly-acquired one.

Resurrection orbs refer to orbs used to revive fallen allies. They're distinguished from normal orbs by their red tint. It should be noted that resurrection orbs, like normal orbs, can only be connected in the three combo patterns detailed below.
Each character type requires a different number of orbs to be cleared for their revival. 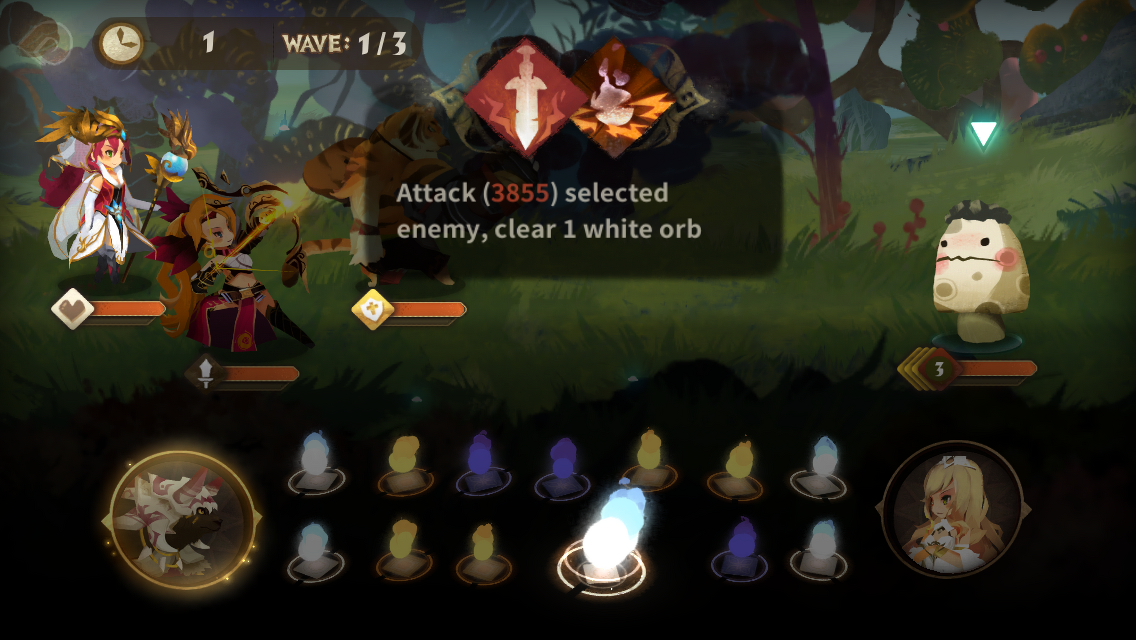 Players can match orbs in one of three types of combos to perform a character skill. Every character has 3 orb skills, a Passive Skill and Advisor Skill (mentioned above).

There are 9 possible types of orb combinations. Main characters will usually have 1-orb, 2-orb and 4-orb square as their 3 main skills, while other combinations can be found in Skillbooks and Special Characters.

Currently there are 9 skill types in the game.